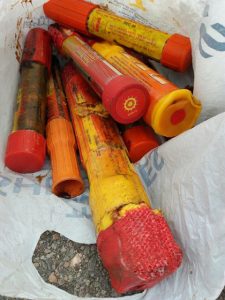 Almost every boat or yacht in U.S. waters has them on board.  They are part of the USCG’s nighttime visual distress signal safety requirements for certain vessels using the nation’s waterways.  Pyrotechnic Flares are a part of life for most boaters and are to be used only in cases where an emergency response is required.

Though they are an essential part of most boat safety kits, the short life span of these flares, only 42 months after the manufacture date, poses a logistical problem since expired pyrotechnic flares are considered “explosive hazardous waste”.  The problem becomes how to dispose of these marine flares in a safe, legal and environmentally friendly way.

When asked, most boaters will admit to either keeping their expired flares on board their boats as backups, or they store them off-site, maybe in a garage or shed.  Some boaters, however, have been known to discard these dangerous flares in a regular trash can, or some even throw them overboard into the water.

What’s the big deal? You may be asking yourself. Well…according to a USCG Report released in 2014 “One factor that contributes to the difficulty of PVDS disposal is flares’ classification by the Department of Transportation (DOT) as class 1.4 explosives, resulting in strict regulations regarding their transportation (GPO, 2014d). Another factor is the Bureau of Alcohol, Firearms, Tobacco, and Explosives’ (ATF) requirement that expired flares be stored in type 4 magazines (GPO, 2014e).”  For these reasons, the USCG recommends that flares possibly be brought to a facility that handles the disposal of fireworks or ammunition.  According to the Sail-World website, there are currently only two locations in all the state of CA that are equipped to accept and safely dispose of expired boat flares.  According the USCG report from 2014, there are only two facilities nationwide that can safely incinerate and destroy expired flares. So, the safe and responsible discarding of these flares is not as convenient as it should be to encourage good dumping practices. 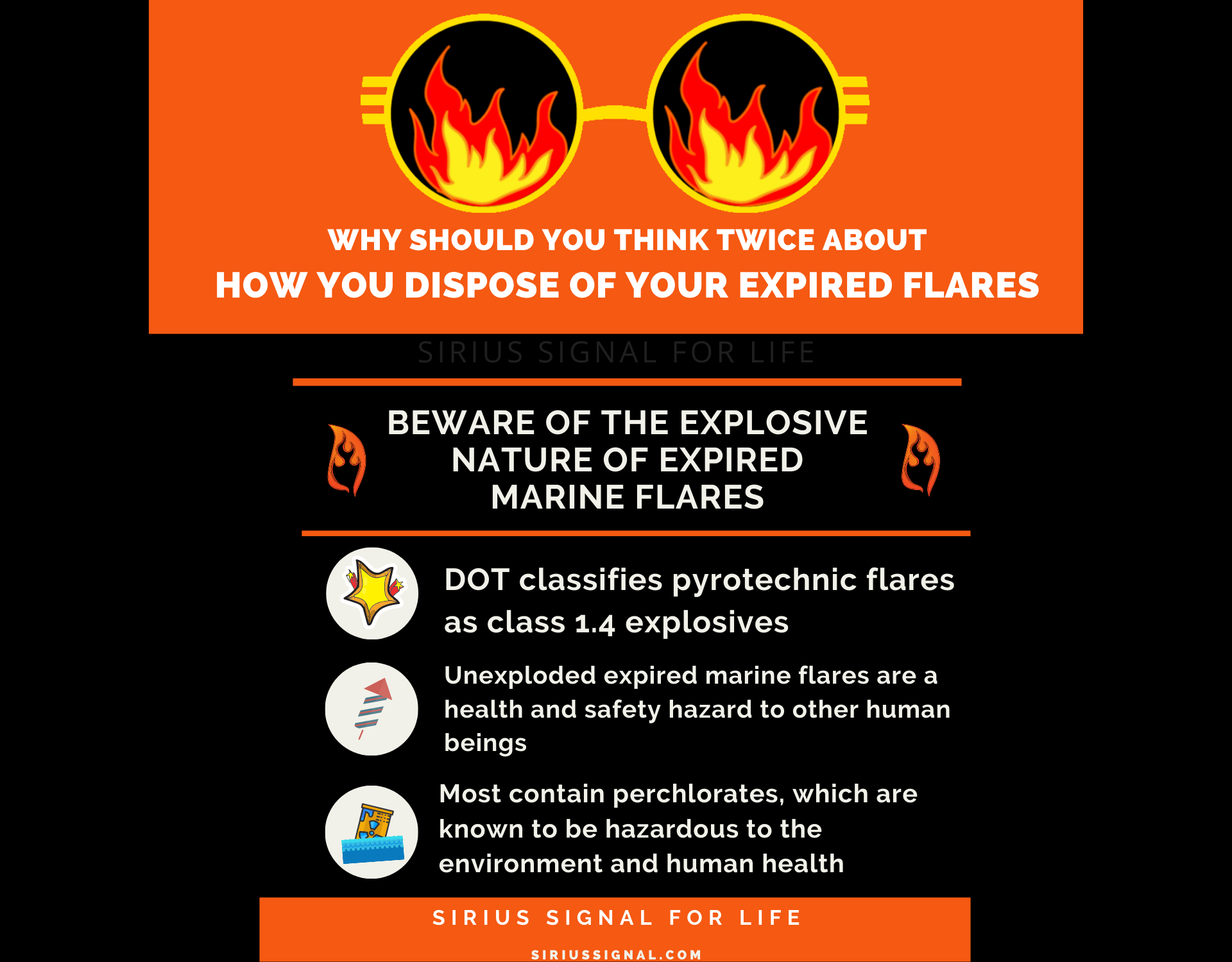 Tossing unexploded marine flares overboard does not render the hazardous chemical in them inactive as some boaters may think.  Most flares are protected by water-resistant cases. So these flares could pose a significant risk to other boaters as their explosive nature remains intact and “eventually seeping toxic chemicals into our waterways. (Surfrider Foundation)”

The seeping of toxic chemicals from pyrotechnic flares into the soil or groundwater should concern us all.  Perchlorates, for example, are a common ingredient in many pyrotechnic flares. According to the EOSi’s website, perchlorates specifically have been “known to affect thyroid function in humans. It reduces the thyroid’s ability to take up iodine, which reduces thyroid hormone production and results in hypothyroidism.” And the USCG site says they may be carcinogenic.  An EPA study from the early 2000s found that 26 states or a little over 4% of public water systems in the U.S. were contaminated with perchlorates (Surfrider Foundation Website).  These sources of perchlorates cannot only be attributed to flares but at the rate that these expire and end up in our landfills and waterways, their effect on the environment and our health is mounting.

Due to consumer concerns, as well as outcries from local and national environmental and safety organizations, the USCG and other government agencies have looked for alternatives to the pyrotechnic flares for boaters.  Sirius Signal responded to this concern by engineering some pretty awesome and LEGAL alternatives to the marine flares.  Our electronic LED flares are USCG approved, stay on for 6 hours or more, and, best of all, never expire.  Not only that but they are family-friendly and very easy and safe to use.  You can safely hand this to your child and know they will not hurt themselves handling it.

We would love to hear what you have to say about what you’ve learned today.  What are some of your concerns with pyrotechnic flares? Were you aware of their dangers? Let us know what you think on our Facebook Page. 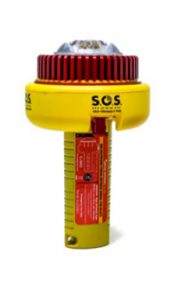 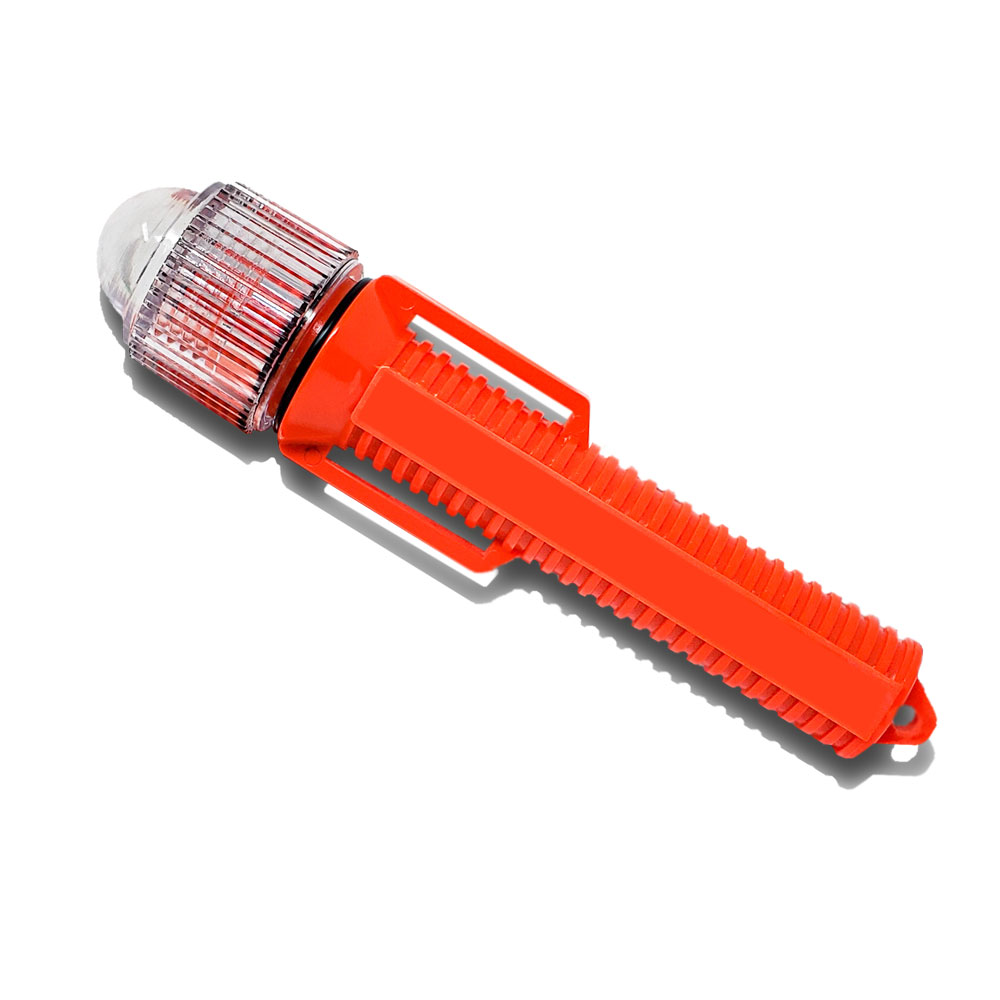 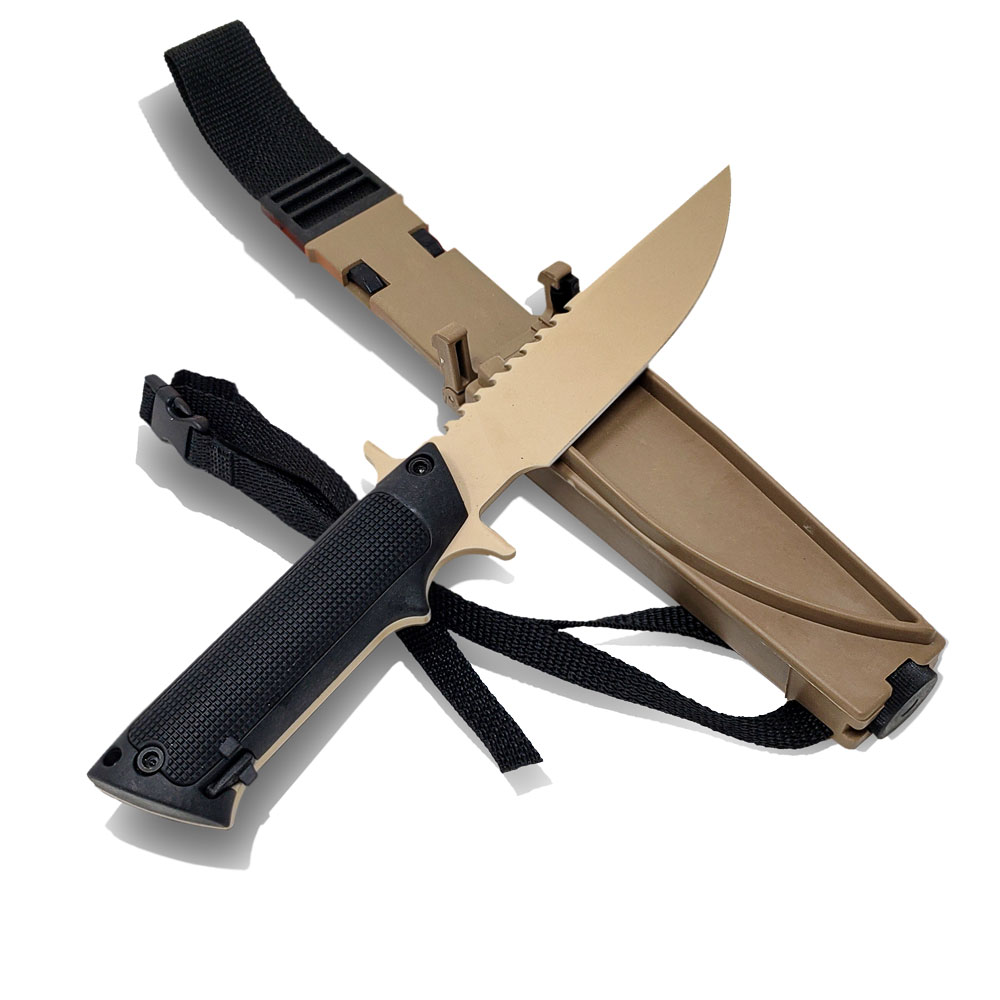